Could a debilitating shortage of talent await the tech industry? There are signs a drought is already here.

In 2011, Zellner, a former music teacher, was diagnosed with a neurological condition called a Chiari malformation — a structural defect of the brain. After receiving life-saving brain surgery, she was unable to continue teaching music.

"I'm not quite sure I have the words to explain how deeply I've been affected by this transformation," Zellner, 44, said in an interview with CIO Dive. "The loss of the ability to care for myself ... it was devastating."

After taking on an administrative role at a music education program, and infusing Salesforce administration into it,  she now serves as assistant VP and Salesforce product manager at ConnectOne Bank.

The numbers are clear: as the tech industry expands, talent has failed to keep up the pace.

In 2018, there were 3.8 million tech job postings, while the population of software developers — the most ubiquitous of tech jobs — reached just 1.5 million, according to stats from tech trade group CompTIA.

Business, crunched for talent to meet expansion goals, is responding by devoting resources to in-house workforce development programs like Salesforce's. Chief information officers put talent attraction higher on their priority list, and many turn to bringing in outside consultants to meet project goals.

But despite industry's efforts, a combination of the rapid evolution in technology, the aging out of skilled technologists headed for retirement and broader tech adoption in every industry suggest tech's talent drought is only poised to worsen over time.

Data from staffing firm Robert Half suggests managers aren't just feeling the talent pinch — they are already reacting to it.

Almost 90% of hiring managers say finding qualified professionals in tech is challenging. To cover the gap, about 95% of them expect to turn to project-based hires to meet technical needs.

"Candidates are being sent to multiple jobs and companies must move quickly."

Senior VP at Robert Half

Pat Phelan, the VP of market research for software company Rimini Street, and a former analyst at Gartner, says she doesn't see the talent drought letting up any time soon.

"I think that a headcount shrink will hit us in 10 years," Phelan said, in an interview with CIO Dive. "I'm not sure if there will be an apocalyptic chasm but I think it will be painful for several years."

Hiring concerns reached an all-time high on the Harvey Nash/KPMG annual survey of CIOs. More than two-thirds of surveyed execs said a skills shortage was a bottleneck to hitting their growth projections.

Jim Johnson, senior vice president for Robert Half, said in his 20-year trajectory at the staffing firm he's seen companies taking longer to fill positions, and companies which formerly refused to hire any outside help now buckle under the pressure.

"Candidates are being sent to multiple jobs and companies must move quickly," Johnson said in an interview with CIO Dive. "If you don't get the staffers you need for specific projects, you can't just put your arms up and say, well, I guess we won't do it."

How the drought escalates

Experts hesitate to slap a firm projection for when a more severe drought could occur.

They do agree on this much: A handful of trends are poised to make the current hiring crunch even tighter for companies in the coming years.

One is related to the adoption of digital transformation processes in industries where, previously, no such initiatives existed. Over time, that pressure will push talent thirst even higher in fields already in demand, like cloud computing and data analytics.

"The cloud skills gap is tremendous."

Director of Worldwide Certification and Training at Amazon Web Services.

The evolution of technologies themselves represents another trend. The industry can expect complexity to rise in positions that already exist. In turn, the skill level expected from tech workers in the future will also increase.

"Change is one of the forces," Phelan said. "Frequent, rapid, revolutionary change that isn’t an incremental learn."

The exit of baby boomers from the skill pool as they age into retirement is another issue CIOs are mindful of, Phelan said. Executives are concerned about retaining the skills and knowledge that will be drained from their company as workers retire.

That squeeze will not be unique to the tech industry.

"There are a lot of folks who are in retirement age and we don't have as many folks coming into those jobs, less so going into tech," said Johnson. "There's the potential that it gets even more pronounced."

Despite the projected trends in the talent market, some executives are hopeful they'll be able to hit their goals, with help from the very tech revolution that's driving talent demand.

Increased adoption of open-source tools in the data analytics field, for example, will lead to a more efficient use of technologists' time, cutting out grunt work and letting employees focus on the big picture, said Felix Hoddinott, chief analytics officer at data analytics company Quantexa, in an interview with CIO Dive.

But industry isn't quite there yet.

"Demand is very high," Hoddinott said. "All of us have a large backlogs of projects which we could work on but we don’t have enough budget and bandwidth."

"Change is one of the forces. Frequent, rapid, revolutionary change that isn’t an incremental learn."

In Hoddinott's view, tech talent shortages wouldn't move the industry to a critical halt. He does see one silver lining: The demand for data analytics talent means young people that are entering the workforce are doing so at a great time.

Automation, which stands to deeply impact the global job market to the tune of 58 million net additional jobs, can paradoxically help companies be more efficient in managing their talent.

"Tasks that used to take a lot of time are now becoming automated," Hoddinott said.

How can companies prepare?

Larger companies are leveraging big coffers to implement professional development projects, in hopes of shielding themselves from a great drought scenario.

Salesforce, Amazon and Microsoft are just a few of the companies turning to e-learning platforms to build up a pipeline of workers that can fill the roles they're hiring for now, but also the roles they'll need more of in the future.

It's this kind of transformation companies look for when deploying online and in-house training programs.

For Amazon Web Services (AWS), adding more cloud-equipped professionals to the pool eases adoption for its clients, while creating a pathway for internal staff development.

"The cloud skills gap is tremendous," said Maureen Lonergan, director of worldwide certification and training at AWS, in an interview with CIO Dive.

According to Lonergan, the way Amazon is tackling the gap is by coalescing with a broad group of certification and engineering organizations to offer instructor-led training for its customers and anyone interested in scaling up their cloud skills.

"Tasks that used to take a lot of time are now becoming automated."

AWS offers 450 online classes for free to anyone interested. Salesforce's Trailhead connects learners with an open community of other students who can offer support. Microsoft offers free IT training through Microsoft Academy.

The open-access approach to these initiatives might just be helping with another pervasive the tech industry faces: its lack of diversity.

Zellner, whose success story helps make the case for online training platforms, said the tech industry would be wise to focus on bringing people of all backgrounds into the tech talent pool, regardless of their economic or social background, or whether they have a disability.

"If you invest in people, they're able to internalize that," Zellner said. "They hear it as, 'this company sees worth in me.' It's a big motivator." 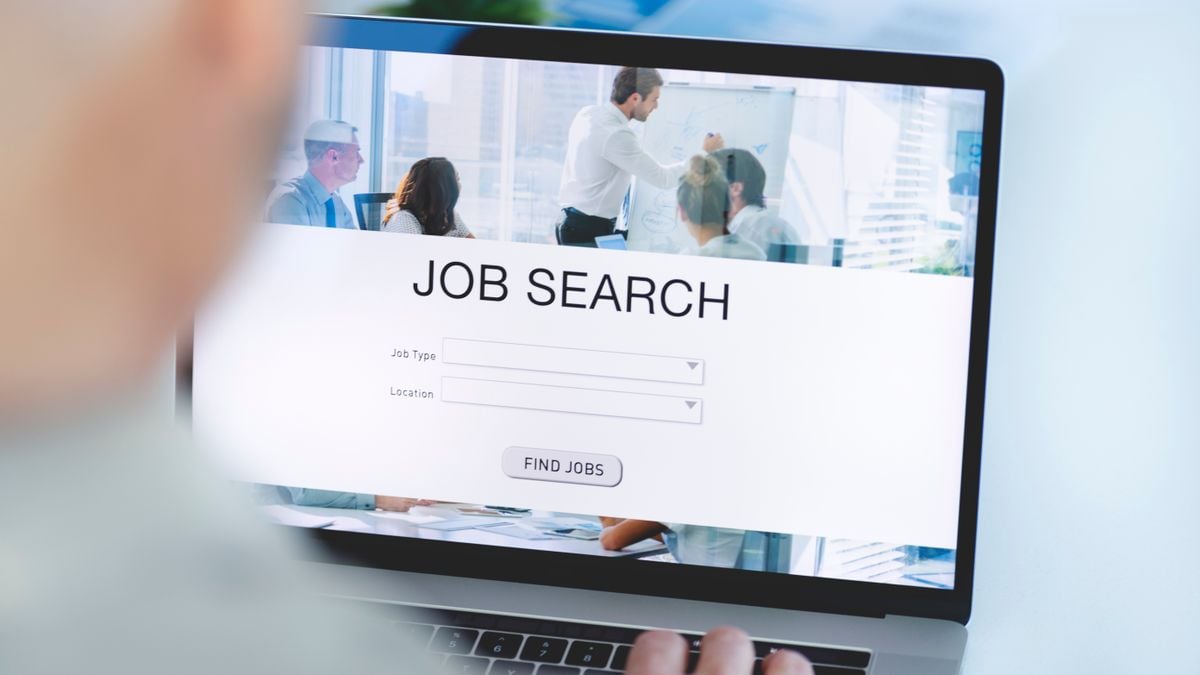 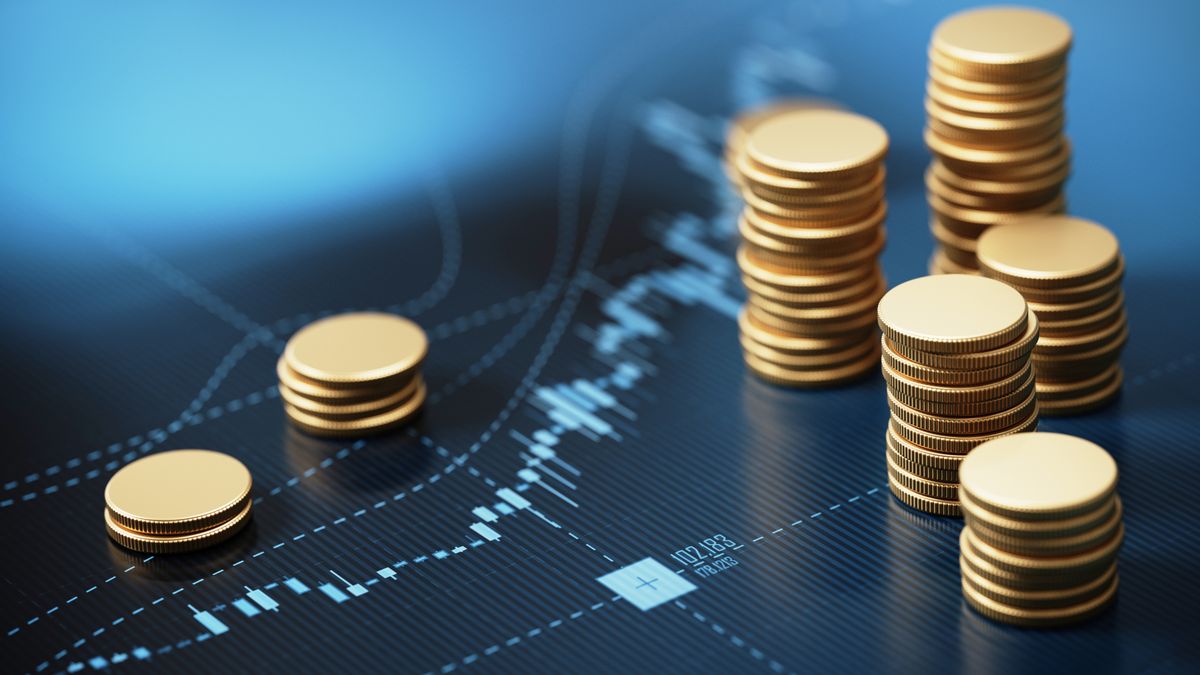 View all | Post a press release
FDA Food Safety Guidance and the Coming Food Delivery Chaos
From Home Valet, Inc.
Welocalize Further Strengthens its Commitment to Data Security and Privacy with ISO/IEC 27701 …
From Welocalize, Inc.
Catchpoint Announces the World’s First Complete Solution to Monitor and Protect the Internet’s…
From Catchpoint
Newgen Recognized in 2023 Gartner® Magic Quadrant™ for Enterprise Low-Code Application Platfor…
From Newgen
Editors' picks
Latest in Leadership
Industry Dive is an Informa business
© 2023 Industry Dive. All rights reserved. | View our other publications | Privacy policy | Terms of use | Take down policy.
Cookie Preferences / Do Not Sell