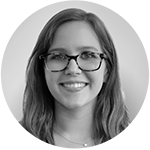 The public cloud market held strong in the wake of pandemic-era disruptions, with Gartner and other predictions consistently signaling worldwide spending growth. But cloud spend will look different in the coming years, shifting to support innovation rather than maintaining business continuity.

"Cloud will serve as the glue between many other technologies that CIOs want to use more of, allowing them to leapfrog into the next century as they address more complex and emerging use cases," Nag said. "It will be a disruptive market, to say the least."

Most emerging tech trends rely on cloud's ubiquity and wealth of innovation, according to Craig Lowery, VP analyst at Gartner, in an email to CIO Dive. "Whereas it used to take months to assemble all the pieces to build a virtual machine (VM) farm, now we can get VMs and containers in just a matter of seconds in the cloud," Lowery said.

Companies purchase emerging technologies and use them to build innovative applications that further grow cloud spend, according to Lowery.

"Add to that the edge — running these VMs and containers just about anywhere we can get a wireless signal and tying back to the main cloud over the network — and you have all kinds of new use cases like the Internet of Things which drives even more cloud use," Lowery said.

Still, some companies navigate technical debt intermixed with modernization, moving to the cloud and emerging technologies.

As companies build out cloud environments, "the visibility, the data around that and building that alignment with your business partners, is really, really critical and core to your ability to address debt," Eric Drobisewski, senior cloud architect at Liberty Mutual, said.

Drobisewski recommends investing in innovation along the way for better management of the environment. For example, by identifying patterns and opportunities for reusability, companies can automate part of the lift to move quickly without downtime or disruption.

"Relying on the best in class automation, you can create around some of that modernization activity is key" because it helps accelerate the project, Drobisewski said. Faster wins can help prove out ROI on modernization projects in between larger lifts.

Liberty Mutual's tech stack sits half in a private cloud and half in multicloud environment, according to Drobisewski. With that foundation, the company can start to expand its offerings in line with the emerging technology trends predicted by Gartner.

Edge computing combined with a hybrid approach to the cloud has become a crucial part of data management capabilities at Liberty Mutual, according to Drobisewski. With so many devices emitting data, such as phones or IoT technologies, real-time analytics rely on powering data processing at the edge.