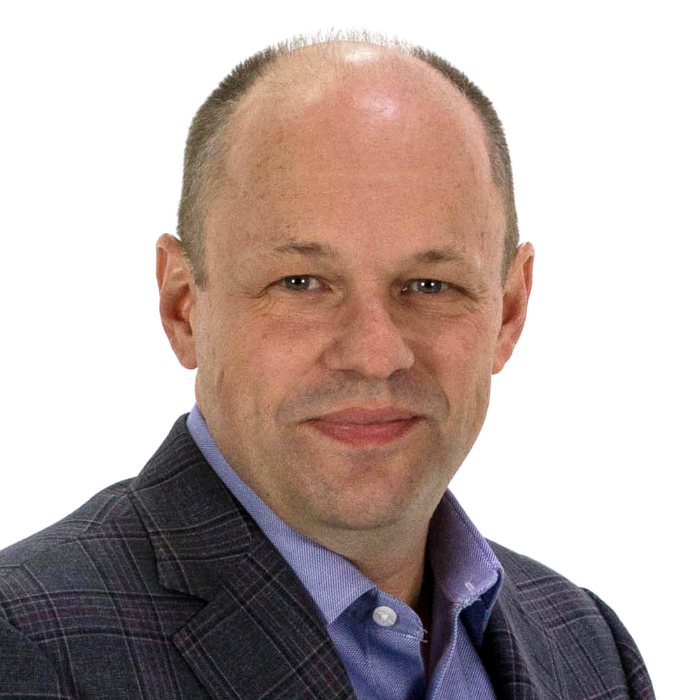 You have to look at your competition, absolutely, you have to really keep a close eye on them ... but also looking outside of your industry segment is critical.

Johnson led the consolidation and centralization of IT and business services during his time as CIO at General Electric Power. He was able to save the company between $50 million and $60 million.

In the last 18 months, Johnson has brought more attention to the role of agile and DevOps in Walmart to increase content delivery speed by two or three times, giving employees in different business units more confidence in their work.

In November, the retailer announced an extension of its partnership with Microsoft to create a "co-innovation" tech hub. Through a combined engineering effort, Walmart is expecting changes in the retailer's legacy infrastructure and improvements in stores' internal tech.

In the age of e-commerce, the superstore is fighting for relevance.

Tech refresh cycles used to take years; now cycles have been reduced to months or even weeks. At this pace, a competitive edge is only maintainable when CIOs know how to refine processes with the infusion of technology.

Clay Johnson, executive vice president and enterprise chief information officer for Walmart, knows how to do just that.

Johnson began his tenure at Walmart by focusing on learning the business model, what employees were working on and understanding the organization's progress to its transformation goals. Two years after joining Walmart's leadership, Johnson is setting an agenda for himself and the rest of the organization.

Before any major decisions were made, Johnson took his first three to six months to learn the superstore's business.

From there, "you can really start to form an opinion about what's the really unvarnished truth," Johnson said, in an interview with CIO Dive. Johnson had to immerse himself into Walmart's portfolio to know what pieces should be accelerated, slowed or eliminated.

He has "this maniacal focus on cost" and is unafraid to kill things that are not working, said Jeremy King, executive vice president and chief technology officer for Walmart's U.S. stores and e-commerce, in an interview with CIO Dive.

King, a self-described purveyor of speed, said Johnson's discipline around cost has resulted in a balanced working partnership. But Johnson is also a champion of acceleration because "it's always time to action" with him, said King.

"When you have the whole company aligned to one strategy, that's the place you want to work at."

Speed is a central part of Johnson and King's digital transformation efforts. This began with shifting the philosophy of departments to work in a "startup orientation," said King. Johnson embraces a "fail fast" approach to experimentation.

Johnson came to the retail space after serving as CIO of General Electric Power and VP of IT at The Boeing Company. He cemented a reputation as a valuable CIO when he led a consolidation and centralization of IT and business services at GE Power and Water.

The project "yielded savings to the business and then essentially spread out as best practice across GE the following year," Steve Bolze, senior managing director and global head of infrastructure operations and asset management at Blackstone and former president and CEO of GE Power and Water, told CIO Dive.

Hover on an icon to see some notable changes at Walmart.

Employees As of October, the retailer is allowing its estimated 2.2 million international associates to use their cell phones on the job. Personal cell phones can be used for work-related tasks, like clocking in, checking inventory and scanning products.

Walmart Labs Walmart Labs is the the retailer's personal innovation hub to conceptualize and create technology for Walmart.com. It has locations in California, Oregon, Arkansas, Virginia, New Jersey, Ireland and India.

E-commerce In October, Walmart announced its expansion of two-day shipping for "millions of additional items" on Walmart.com. The shipping service sets the retailer up for a more customer-centric supply chain.

Virtual reality goggles In September, Walmart rolled out its virtual reality training program for its associates in an effort to training more than 1 million workers by the end of 2018. About 17,000 Oculus VR headsets were distributed throughout U.S. locations.

But Johnson's experience at Walmart is different from his other roles because it cultivates something beyond just a technology portfolio with a combination of tech and shared services.

Over the last three years or so, Walmart has evolved its business model, distribution model and supply chain practices, all with an emphasis on e-commerce, highlighted by new business ventures.

But the movements Walmart is making are in sync with the entire business. "When you have the whole company aligned to one strategy, that's the place you want to work at," said Johnson.

As CIO, he has to leverage what the 5,000 U.S. stores can give to technology integration. Johnson's tech initiatives are all about making associates more productive, putting more mobile devices at their fingertips and providing them with instruments necessary to make real time decisions.

Though there are more than 11,000 store locations internationally and about 2.2 million associates contributing to Walmart's unique largeness, Johnson doesn't spend a lot of time comparing the superstore to other retailers.

"You have to look at your competition, absolutely, you have to really keep a close eye on them," Johnson said, "but also looking outside of your industry segment is critical."

Technology is not exclusive per industry, but its applications sometimes are. "I think that's really where you get the innovation," he said, "Sometimes you have to look outside your own industry to see what's happening out there because industries can get siloed."

Johnson has a proven track record of being a "good coach for his team," said Bolze, and under the guise of a brick and mortar superstore, he is helping Walmart embrace its role as a technology company.

The mega retailer is continuing work to broaden technical partnerships to better connect employees, giving them the chance to improve how they work and where they get their information.