The three priorities team communication is based on include conversation, document sharing and tasks and projects.

Biggest deal of the year:

Workplace by Facebook added Walmart and its 2.2 million employees to the platform in September.

Companies are closer to addressing the desire to repurpose blogs and social media forms of collaboration in the enterprise.

Flashback to a time when the workplace was somewhat of an isolated environment, where file cabinets hosted data instead of the cloud and phone cords chained employees to their desks.

Now, fast forward to today, where the ideal corporate culture accommodates a thriving culture and free collaboration among employees.

This collegial mood created a need for consumer-like tools in the office and, in response, companies such as Slack, Microsoft, Facebook and Google delved into the collaboration market.

The hottest market in tech for 2017 hands down belongs to evolving communication platforms.

"When companies are looking to build collaborative practices, drive productivity, better teamwork, then they're heading toward the Microsoft suite," Carrie Basham Young, CEO of Talk Social to Me, told CIO Dive.

But when a company "wants to unite every employee from a frontline worker to someone who is sitting behind a desk, they just want to create a better communication platform for a modern communicating experience, they are migrating to Workplace by Facebook," said Basham Young.

Top competitors in the collaboration market 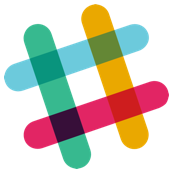 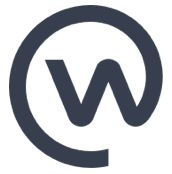 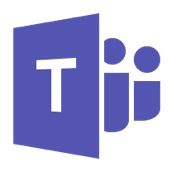 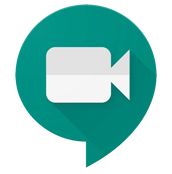 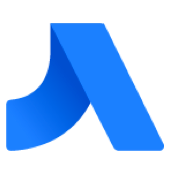 Millennials will account for about 75% of the entire workforce by 2025, and companies need to adjust accordingly. Traditional forms of collaboration are no longer attractive to a generation primarily exposed to instant content formatted either by text, image or video. Facebook's emergence in the enterprise market has capitalized on that fact, according to Basham Young.

Slack's presence in the market is earmarked by its "innovative" and pioneering features. But it is becoming overshadowed by the emergence of Workplace, Microsoft Teams, Atlassian's HipChat and Google's Hangouts.

Hangouts is still in beta and not yet readily available, according to an email provided to CIO Dive from a Google representative. But G Suite is used in approximately 3.5 million businesses and is sure to attract more Hangouts users.

Since its release in October 2016, Workplace transitioned the personal sentiment of Facebook to an office environment.

"The beauty of Workplace is that it works for everyone in the company, every industry, every geography," Julien Codorniou, VP of Workplace by Facebook, told CIO Dive.

Facebook's communication platform was a natural response to the way the social network connected people who could not afford to connect before, according to Codorniou. By "giving everyone a voice," Facebook established itself as a cornerstone of the social market.

Microsoft caused ripples in the market after announcing Teams in November 2016 and offering it to Office 365 subscribers in March.

Teams was designed for a "digital environment that makes work visible, integrated and accessible — across the team — so everyone can stay in the know," Kady Douglas, director of Microsoft Teams, told CIO Dive.

As business becomes increasingly global and cross-functional, silos are breaking down, connectivity is increasing and teamwork is seen as a key to organizational success.

Slack also rolled out its "Shared Channels" feature about the same time to allow for intercompany communication. But crossing collaboration barriers for the sake of the customer is not the only trend contributing to market expansion.

Asserting dominance in the communication market is, ironically, also dependent upon symbiotic partnerships with the very same companies in competition. Workplace integrates with established applications like Office 365, G Suite, Salesforce and Dropbox.

"As business becomes increasingly global and cross-functional, silos are breaking down, connectivity is increasing and teamwork is seen as a key to organizational success," said Douglas.

The premise of a communication platform is not only to attract users to the sociability of its design but also to eliminate the security risks and stresses caused by shadow IT.

Teams was built with the promise to ensure data was "encrypted in transit and at rest and like all our commercial services," according to Douglas. "We have a transparent operational model with no standing access to customer data."

The communication platform market was essentially designed for the employee and their social life.

"Organizations are respecting that their frontline workers ... have a lot to contribute as well," said Basham Young. "They are able to give this technology to these people in the field to connect them with headquarters, which really wasn't previously attainable."

The new market was established and continues to grow on "a peaked interest."

As the market matures, tools will rollout and someone will gain an impenetrable market lead. As for who will dominate, "it's Microsoft's market to lose," according to Larry Cannell, research director at Gartner. "Teams will be as prominent in the enterprise market as Outlook." However, Slack's press coverage is what made companies start thinking differently about collaboration.